Return to the STRONGHOLD, You prisoners of HOPE...
Zechariah 9:12

God's Grace for Scott and Our Family:
The Testimony of Scotty Potrykus
by Paul and Judy Potrykus 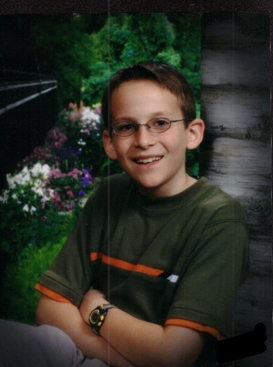 Scotty age 11
After the three months had passed Scott’s MRI showed no tumor growth and the Spectostrophy test was echoing back what seamed to be normal brain tissue. His neuro- psychological evaluation came back with his speech improved to the level of his other capabilities. We had weaned him off his epilepsy medication with no seizures . The head of Radiology (a mother with 3 boys of her own) gave us good direction. Doctor to doctor with my sister she explained that the team would test him until they could justify surgery if we let them, but if it was her son, she would just monitor him every 6 months. And so we have, for 7 years now. Scott is now 11 (2003) and after the last MRI the doctor said he would check us in 3 years, and that he doesn’t understand (remember is more accurate) why we would worry since the scans now just look like left over scar tissue. Scott continues to do well in school. He excels in reading and spelling. His spelling report can make me cry, because God has been so merciful to us. He has started to take the Protocel® once a month every 6 months and continues to have no symptoms. Thank you, everyone, for your prayers, “that he will continue to deliver us as you help us by your prayers. Then many will give thanks on our behalf for the gracious favor granted us in answer to the prayers of many. 2 Corinthians 1:10-11. We have been so blessed by the Protocel® formula and even more by the awesome people we have met in the process. We pray Gods blessings for all we encounter with cancer. Thank you,
Paul and Judy Potrykus 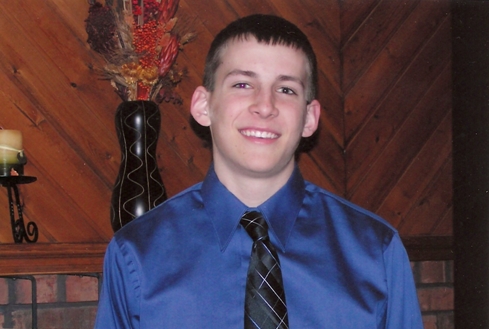